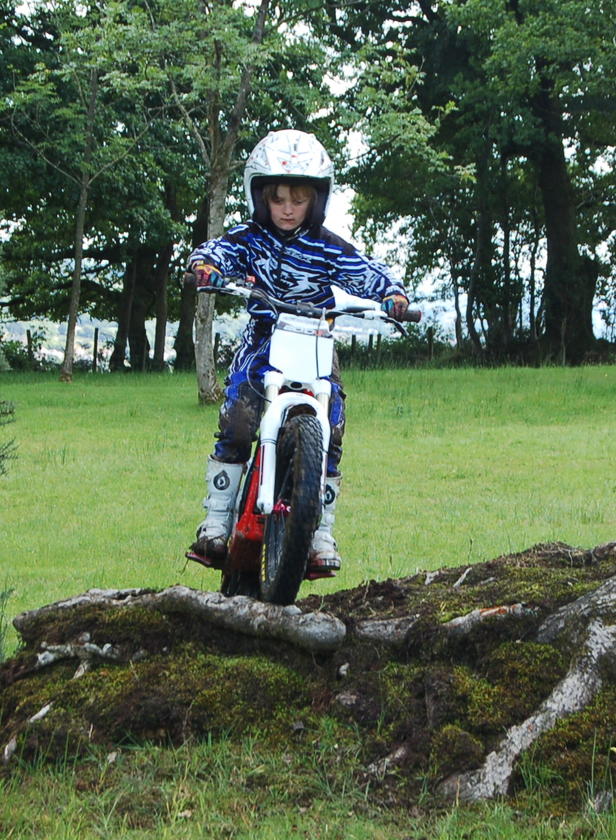 Motorcycle Trials consist of “sections” that are physically defined by flags and tape. These sections contain challenging features, both natural and artificial. They may include streambeds, boulders, logs, and slopes. Markers identify different skill class levels for competition; the better the competitor, the more severe the obstacles. A trail “loop” connects the sections for the event. A typical event will have 7-10 sections and the competitor must ride the loop and complete the sections up to three or four times. Riders cannot practice the sections but may inspect each section just before being judged (or observed) on their ride. Then, one at a time, the riders will enter a section on their motorcycle, as an observer scores the rider’s performance.

Like golf, where the least amount of strokes on the course wins, trials are won by the person who touches their foot to the ground the least amount of times over the course of the event. The rider with the lowest score wins. The score goes to a maximum of 5 points for that section if they fail or crash. Riding a section “clean” without footing is the ultimate goal of all riders (a score of 0).

There are many local clubs around Wales that host events locally, with some putting on as many as 13 events per year. The Uk Motorcycle Trials National series is governed by the ACU and the Scottish (SACU). The series hosts the best riders of various classes, and consists of 6 events held in various parts of the country.

There are select riders in the ACU that have the skill to compete at the World Championship level and these riders compete for a spot on the UK Trial des Nations Team. The Trial des Nations is held in various countries in the fall of each year, and is a nation vs. nation team competition.

While Motorcycle Trials can be a very challenging and dramatic sport, local clubs have classes for riders of all abilities, from beginners on up. Of all the motorcycle sports, it is probably the most “family-friendly”, and kids can enjoy healthy competition alongside their Moms and Dads and share in an activity that they love. Additionally, trials are easy on the environment. Because of the nature of the bikes and the competitions, environmental damage is minimal, and some clubs have riding areas that have been used for decades with little evidence of any damage to the environment. Search out a local club today and get started. 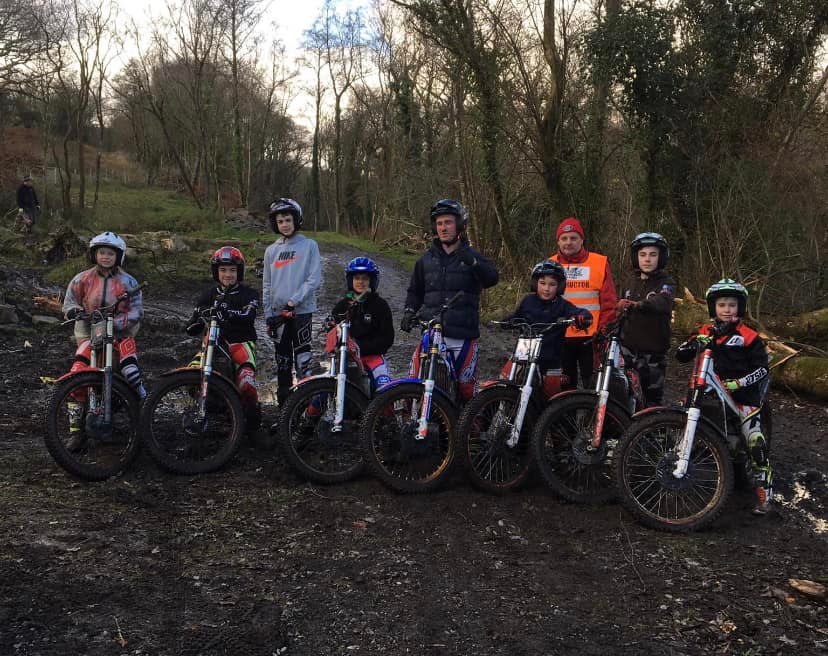 A lot of research has examined the impact of sports on physical and psychosocial health in children and adolescents.

Overall the research has shown youth sport participants have higher levels of physical activity that positively influence physical and psychological  health in adolescence and in later life.

This website uses cookies to improve your experience while you navigate through the website. Out of these cookies, the cookies that are categorized as necessary are stored on your browser as they are essential for the working of basic functionalities of the website. We also use third-party cookies that help us analyze and understand how you use this website. These cookies will be stored in your browser only with your consent. You also have the option to opt-out of these cookies. But opting out of some of these cookies may have an effect on your browsing experience.
Necessary Always Enabled
Necessary cookies are absolutely essential for the website to function properly. This category only includes cookies that ensures basic functionalities and security features of the website. These cookies do not store any personal information.
Non-necessary
Any cookies that may not be particularly necessary for the website to function and is used specifically to collect user personal data via analytics, ads, other embedded contents are termed as non-necessary cookies. It is mandatory to procure user consent prior to running these cookies on your website.
SAVE & ACCEPT
Translate »